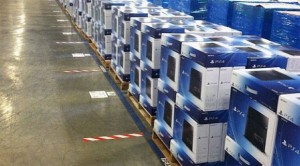 PlayStation 4 has seen the fastest and strongest adoption since the first generation of the video game console was introduced in late 1994, according to Sony Computer Entertainment (SCE).

Over 30.2 million piece PlayStation 4 are sold worldwide as of November 2015, according to Sony Computer Entertainment.

Microsoft hasn’t released the Xbox One console sales figures, which have been estimated at about half of their rival PlayStation 4. PlayStation 4 and Xbox One were released in late 2013.

„We are sincerely grateful that gamers across the globe have continued to choose PlayStation 4 as the best place to play since launch two years ago,“ SCE global chief executive Andrew House said in a release.

Sony last month posted a six-month net profit of almost $1.0 billion, crediting its PlayStation video game unit and a weak yen for a big improvement in its finances as the company moves past years of losses.